So I’ve been playing these things called “video games” and I figured I’d tell you about some of them. :D

The Bourne Conspiracy follows the events of The Bourne Identity and adds a bit more to it to lengthen the game. You play just about every major and minor scene from the movie including the big car chase scene. That specific moment, however, is done poorly and is not all that fun. Luckily most of the game is beat-’em-up and shooting style of gameplay. There are opportunities for stealthy takedowns, but it’s not required and is the other part of the game that’s also not done all that well.

Speaking of stealthy gameplay, Teenage Mutant Ninja Turtles 2: Battle Nexus on the Game Boy Advance is much better at it than the above game. It’s also much more enjoyable than TMNT 2 on the main consoles of its time like the PlayStation 2. You have to find crystals throughout the levels, but you have to use each turtle because each have different abilities allowing you to access places the others can’t reach. The difficulty of combat is fairly easy, but it’s welcome in this way since the traversal is what keeps you wanting to play some more.

I finally got around to playing *the* Spider-Man game that gets all the praise since it’s 2004 release and that’s, obviously, Spider-Man 2. The praise is pretty much universally for the swinging abilities and it’s well deserved. But, that’s where it ends, in my opinion. The points needs to progress the story from menial rescues are very repetitive. I also didn’t enjoy most, if any, of the boss battles. I don’t dislike the game. I just wish it was as good as its reputation leads you to believe.

Of the four games I played in these last few months, Uncharted 4: A Thief’s End was the most fun. I liked the first two games quite a bit, and I still like them the most, but this game was a step up from the disappointment of Uncharted 3. Sam is a great companion and Sully’s dry wit is as welcome as always. The overall gameplay isn’t much different and that’s okay. It was good to begin with.

When it comes to Assassin’s Creed: Revelations, it’s considered one of the lesser games in the series. Not because of bugs and glitches. That honor goes to Assassin’s Creed III. It’s because of the out-of-place tower defense in the game. This was why I wasn’t looking forward to playing the game. Thankfully there’s a way to minimize the occurrence of the tower defense portion.

To do this you have to lock down the dens with maxed out assassins you recruit. While on the way to getting to that goal make sure to keep your notoriety low. This was much easier in previous games. In Revelations the notoriety meter seems to rise too fast requiring more bribes. I found out that purchasing shops increases notoriety. I don’t understand why. What evil have I committed by opening a shop? One shop purchased usually means a 25% increase in notoriety which means an immediate bribe is necessary.

While I haven’t had it happen yet to know for sure, I have noticed that once notoriety is at 100% the black background of the meter turns slightly red. It seems that if I do anything more I’ll be forced into playing AC Tower Defense. This is a good time to lower it my any means though it doesn’t clear the red background alert until some time has passed. I save and quit to the main menu and then reload to help it clear up right away. Doing this will likely make it so you only have to do the training portion of the tower defense and then never again. Yay!

Thanks to @D_Fleischmann for the tips! 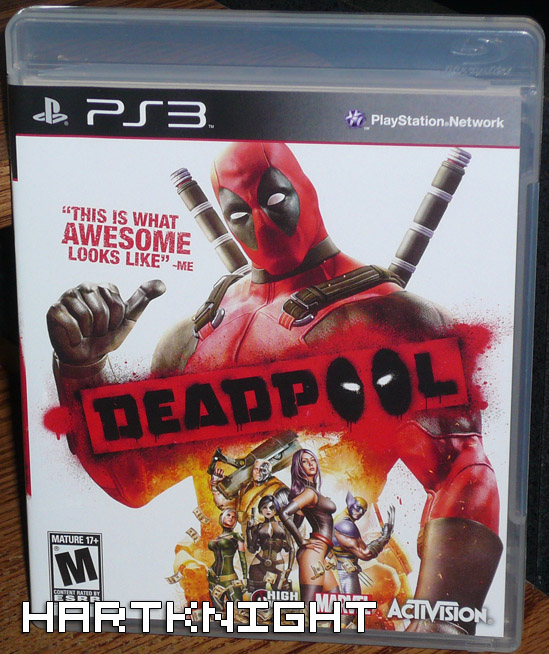 The votes are in and the final tally from GS and GT is as follows.

I expected the winner to be Red Faction though I can’t say I’m all that surprised that Gungrave won. What I am surprised at is that anybody knew about The Mark of Kri to even get it any votes.

This is probably as good of a time as any to mention that The Mark of Kri also had a sequel by the name of Rise of the Kasai. Just letting anyone know that maybe interested in looking up more information on those pair of games.

My progress is going pretty good with Klonoa 2: Lunatea’s Veil. It’s exactly what I needed after all of that slaying of gods. Collecting all of the stars in a level to obtain the Momett Dolls is quite enjoyable. I have all ten that are available at this point. The next level is Indecision Pass which is a little more than halfway through the game. If you have a PS2, then by all means find yourself a copy of Klonoa 2. It comes highly recommended.

Also if you have a Wii, then the remake of the PS1 game simply titled Klonoa is another way to play one of the games from a great series. It’s easier to find and goes for $20 new. I had no problem finding two copies over the last two days. Take a look for yourself. ;)

Yes, I bought two copies of Klonoa along with The Bourne Conspiracy and Rise of the Argonauts. One copy of Klonoa is for me to take along when I visit friends or my brother. The other is a gift for my niece and nephew at Christmas time.

I always appreciate input from fellow readers of my blog. This time I’d like to ask you what Wii games would you recommend for someone with the following exceptions.

* No mini-game collections.
* No games that use Motion Plus.
* No WiiWare or Virtual Console titles.
* No multiplatform games.
* No games with extensive use of or tacked-on waggle.

Thanks for your time reading and responding. Later!

Today I decided to try out the four demos that I’ve downloaded over the last few weeks. Here we go.

Iron Man
I’ve already read the reviews for this game so I knew mostly what to expect. It’s pretty much just as those reviews have stated. The combat is either really easy (at a distance) or a pain (up close). I was usually hovering instead of actually flying since the controls didn’t seem to be able to handle it very well. Of course, the melee button didn’t get much use since, as I said, fighting at a distance is much easier.

Iron Man isn’t worth the money so I’ll take a pass on it.

Dark Sector
I found the demo for Dark Sector to be a little odd. The media that’s out there for the game may lead you to believe that the Glaive weapon can dispatch enemies with little effort. This isn’t the case unless you have the ability for a stronger throw. Another thing that I didn’t care much for was how your character runs. It’s done the same way here as it was done in Gears of War. Maneuverability is small which I found annoying (in both games). In combat I found that I wanted to use the Glaive, but I kept going back to the guns since I was more comfortable with them.

In the end I didn’t feel that this demo truly represents what the full game is like. So while I’m a little cautious about a purchase, I’ll probably buy it eventually. I know that I currently own games that are much worse.

Haze
Being the best of the bunch, Haze isn’t radically different from the other first-person shooters on the market. However, it does share something in common with two Half-Life modifications, Vampire Slayer and Natural Selection, that I used to play a lot of. That common feature was that the opposing teams play quite a bit differently from each other.

The single player portion of the demo lets you play a small amount just as a member of Mantel Industries. It didn’t blow me away, but from what I was able to play, it was fun and the experience was frustration free.

Haze will be on my buy list for sure once it’s released.

The Bourne Conspiracy
I must say out right that I really liked the Bourne films. When I first saw someone playing this demo it was very entertaining. I really like how it goes between a quick cutscene and into the action very seamlessly. The takedown moves are also very cool too.

Once I started playing the demo, though, some of that excitement that I had wore off. My first problem was needing to push a button for what the game calls “Bourne Sense” or something like that. All it does is briefly show your objectives on the mini-map. I’d personally like to have the objectives always showing on the map. It just seems like a needless extra button press.

Loading is another problem. I was amazed at how long it took to reload the last checkpoint on something that was 100% on the hard drive. I think it took close to a minute before it finished up. Here’s hoping that High Moon Studios gets that down to at least half that amount of time if not less.

Overall, The Bourne Conspiracy was fun and I expect it to grow on me over time. More than likely it will be on my purchase list.